Naré Vardanyan is the CEO and co-founder at Ntropy, a data platform to enable the next generation of financial services, focused on decoding payments first. She was born and raised in Armenia, a small country in the Southern Caucasus, torn by territorial conflict and war. After obtaining her degree in International Relations at age 15, she has been working for the UN on the development programme focused on financial inclusion and poverty reduction. She's continued her career in Geneva, Switzerland and London, UK, where she has started and invested in businesses in Machine Learning/A.I. space in the last few years, before founding Ntropy.

Naré is fluent in 11 languages, and is a firm believer in data being the biggest equalizer for the 21st century. Her work at Ntropy is inspired by and devoted to making data a power to bridge gaps in the society, instead of playing a divisive role that it has often done in the last decade.

Check out our full conversation with Naré here: 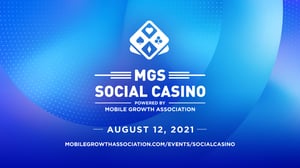