Peter Bryant is a mobile developer and technical training coordinator in the UK. He says that, while consumers are often easily impressed by the capabilities of a voice assistant, for instance, “in the real world, the only use cases I’ve seen of people actually using voice assistants are within the home when the hands are otherwise occupied doing something like cooking.”While consumers have invested heavily in digital assistant hardware like Amazon Echo and Google Home, few are using the capabilities of these tools effectively. “The capabilities of the technology are overshadowed by the inconvenience of having to remember the right commands,” Bryant says.

Bryant’s perspectives are supported by research from Perficient’s third annual Voice Usage Survey. Sixty percent of respondents indicate that they use voice commands “at home alone,” the highest category of use. That’s down from 2017 results, as other areas of access have increased including “in a restaurant with friends,” “in the office with coworkers,” “at the gym,” “at a party,” and “in a theatre.” Those in the 25-34 age group are most likely to use voice commands.

Voice apps have the potential to offer great convenience for users and, specifically, could help to improve quality of life for disabled people, says David Morneau, a serial entrepreneur and cofounder of inbeat.co, a TikTok and Instagram influencer discovery platform. “For those with vision impairments, Parkinson’s disease or the elderly, it can be a lifesaver,” he says.

Voice technology has been around for quite some time in the healthcare industry, says Mansoor Alam, chief technology officer at Memoir Health. But, he adds, its direct integration into electronic health records (EHRs) has had mixed reviews. “There are few apps that I believe are adding true value to end-users through the adoption of voice technology outside of dictation,” Alam say. He points to ELSA as one of the most promising applications he’s seen. Alam predicts that: “Greater collaboration among developers through APIs and marketplaces—like Alexa—will catalyze the opportunities.”

For these reasons, he says, “most mobile apps don’t use voice technology because it’s not a priority.”

That may change, though, spurred on by safety concerns raised during the COVID-19 pandemic related to touching surfaces, says Mike MacDonald, director of market development field operations for Arrive. “As more people become self-conscious about touching any surface due to Covid-19,” he says, “we’ll see a dramatic increase in apps using voice technology.” 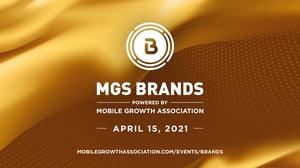 A Beginner's Guide To Content Marketing For Your App