Top UX/UI Trends in LATAM: Everything You Need to Know

Latin America is a unique region full of distinct countries, cultures, and people. Home to over 20 countries and 600 million people, this rich cultural diversity makes it a unique nut to crack when it comes to designing products that resonate with its population.

Rather than taking a blanket approach to LATAM in terms of culture and language (while most countries speak Spanish, the style and vocabulary used can vary from one place to the next), UX/UI designers need to pay attention to these differences and adapt their products accordingly.

Given that its mobile app economy is poised for rapid growth, passing up on the potential of LATAM is not an option for many mobile app developers looking to expand. Mexican and Brazilian markets have seen a 120% and 178% increase, respectively, in non-organic installs over the last two years, and mobile internet users are expected to increase to 424 million by 2025. To have success, however, app UX/UI designers must plan strategically and create enjoyable experiences that make life easier for the target population.

Let’s dive into the top UX/UI design trends in LATAM and examples of them in action.

Launching your app with all of the features that work for users in North America or Europe simply won’t fly in many LATAM countries. Populations here have unique needs, behavior, and expectations, and the apps they use need to cater to that.

For example, most smartphone owners in LATAM don’t have the resources to be able to invest in the latest iPhone every few years and may be using older models with limited capabilities. Apps should be designed with this in mind, working well on smaller screens and with slower internet speeds.

What’s more, mobile app designers should cater to less tech-savvy users with clear and easy-to-navigate UX. Especially if the app is aimed at wider sections of the population that aren’t likely to be digital natives, you risk losing users if processes and flows within the app are too long-winded or complicated, or if certain elements are difficult to identify.

And when it comes to language, localization is vital. A word can mean a different thing from one Spanish-speaking country to the next, and it’s dangerous to think that a single version of an app will perform the same across the region. For example, in some counties in LATAM, “ahorita” means “now,” whereas elsewhere, it’s used to say “later on.” Not a mistake you would want to make in your app!

Many Latin Americans have an inherent distrust of any digital technology that asks them to hand over personal details or well-earned money. As such, app designers should ensure there is no ambiguity or use of dark pattern design within the product, as this will only erode trust with cautious LATAM users. Apps should also include easy support options, such as live chat or a WhatsApp number, to help users as soon as problems arise. Incorporating things like customer reviews, testimonials, and case studies as much as possible will also help to secure trust in the eyes of users.

When it comes to security, this needs to be a top priority too – millions of people in Latin America are only just entering the world of digital payments and financial services, and need to feel like they still have control over their money. In fact, 80% of people in LATAM said they don’t feel confident providing personal information within applications online, according to a GSMA study. Mobile apps should clearly display security promises and adopt secure practices like multi-factor authentication and biometrics.

Given the unique nature of many cultures across LATAM, a localized approach to user testing is required too. It’s crucial to test early and often to ensure that the solution is catering to local users’ needs, which means conducting frequent A/B tests, surveys, and even focus groups.

These tests should be specific to each country. Especially with surveys and focus groups, the language and topics used should be in line with the given culture to avoid mixed meanings – one verbatim translation of a text may not be understood equally as well from one country to the next. It’s also worth noting that in some LATAM countries, research participants may feel more inclined to open up and engage in informal settings, such as in a café or restaurant. Many people in LATAM prefer a human approach that values connection and rapport — something to keep in mind when interacting with participants.

Colombian unicorn Rappi, a delivery and payments app which is now operational across nine countries in LATAM, champions user research through its carefully crafted qualitative and quantitative testing methods, commitment to easy-to-understand survey questions, and detailed user personas. Like Rappi, it’s important to “fall in love with the problem, not the solution” – be open to surprising results and don’t let pre-existing expectations shape your interpretation of the outcomes.

The need for culture-specific and relevant UX/UI in LATAM is difficult to overstate. With a tailored approach to user research and particular attention to the individual cultures, language use, and practices of each country, you can be sure to create UX that resonates with local users. 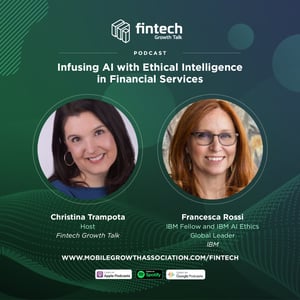 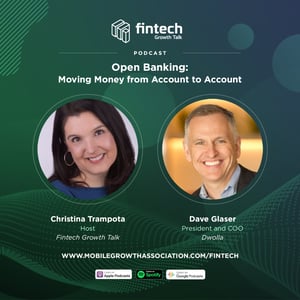 U.S. Clamps Down on TikTok and WeChat — What It Means for Marketers