The amount of venture capital (VC) investment in Latin America (LATAM) has skyrocketed in recent years, totaling $2.6 billion in 2019. And the pace is showing no signs of slowing just yet, with Softbank adding another $1 billion to its $5 billion Latin America Fund this year.

This level of investment is closely tied to a rapidly expanding mobile user market. The share of the population with smartphone access is set to increase to 73%—that’s 517 million unique subscribers—by 2025. While there’s still plenty room for growth ahead, LATAM can no longer be said to be an open playing field. The number of Latin American unicorns has increased seven-fold in two years, and many global players already have a solid footing in the region.

Mobile apps in the region face increasingly fierce competition when it comes to investment dollars and user-bases. But don’t fret—we’ve outlined some of the important first steps for app marketers trying to break into the LATAM marketplace.

LATAM is an attractive option for many mobile apps as the majority of the huge population speaks either Spanish or Portuguese. This makes it easier to scale services and roll-out new locations without the need to redesign the app from scratch.

However, don’t be fooled into thinking this means a one-size-fits-all approach will work for everyone. The dialect and vocabulary vary greatly from country to country and mobile app developers must take this into account. Let’s imagine your app offers an on-demand delivery service for grocery products and you’re working on the microcopy; then take a look at these variations for “grocery store” and think how confused your users would be if the in-app language didn’t reflect regional vocabulary:

Although nailing the vocabulary is important, good UX and marketing should take this further and tailor everything from retention messaging to colorways to hit the mark with audience segments. After all, culture is the most critical attribute for mobile app marketers to get right.

LATAM is notorious for its bureaucratic legal processes, and legislation on the same issue differs greatly from country to country. Uber has faced numerous legal battles in Mexico, Brazil, and, most recently, Colombia, affecting its ability to scale and creating a costly nightmare.

It’s crucial to ensure your mobile app doesn’t fall foul of regulations in the country of operation. For example, labor legislation is likely to affect any mobile app reliant on the gig economy, yet regulations across the region are constantly in flux. In Argentina, apps such as Rappi and Glovo classify their delivery drivers as “collaborators” in order to ensure they stay on the right side of the law.

However, the tide is starting to turn on this problem. Brazil has passed a law aiming to simplify bureaucracy for startups in efforts to stimulate, not stifle, innovation. In addition, new companies are popping up to bridge the gaps between service needs and legal regulation. For instance, Truora ishelping on-demand mobile apps ensure their workforces are compliant with labor laws and hold the correct paperwork.

Brazil and Mexico have been at the forefront of the burgeoning tech scene in LATAM, and offer an obvious entry point to the mobile markets due to their established positions. However, with popularity comes stiffer competition, and those who consider more up and coming locations could find themselves first-in-line for investments or new market demographics.

Historically, Brazil was the largest recipient of venture capital dollars in Latin America but, in the first half of 2019, Colombia actually edged past Brazil in terms of dollars raised. In addition, a new record of $11 million was set for the amount of capital invested in Peruvian startups in 2019. And, while mobile usage is strong across the whole region, mobile app usage is growing at 116% and 155% in the Dominican Republic and Bolivia respectively.

So, for mobile apps new to LATAM and without an existing reputation or audience base, focusing on markets in these developing locations could offer a faster route into the region.

Finally, any mobile app trying to break into the scene can’t forget the comparatively slow growth of digital finance in Latin America. Although population and smartphone usage figures are over 500 million, a large proportion of these users are still cash-based or underbanked. In fact, 85% of transactions in Latin America are still cash-based and only 39% of the population has a bank account.

No mobile app can afford to lose that kind of user-base, so apps operating in the region must tailor their approach and payment methods accordingly to ensure they maximize their potential customer base.

For example, in Europe the Uber app requires a digital form of payment, such as a linked credit card or PayPal account, to function. However, in LATAM the app allows users to pay the driver in cash. And LATAM-native Rappi has taken its efforts a step further with the launch of RappiPay, an in-app digital wallet that can be used as a mode of digital payment.

A solid understanding of LATAM is essential for anyone trying to break into the region. Whether you need to choose the right location for your LATAM app launch, secure a new tribe of gig workers or launch a new audience acquisition campaign, make sure you’ve looked at all the specifics.

This blog covers the important foundations, but for all the latest information and hottest new trends join us at MGS GVC 1.0 this June. Our virtual event will offer developers, publishers, and marketers the latest growth strategies specific to mobile markets in this region. 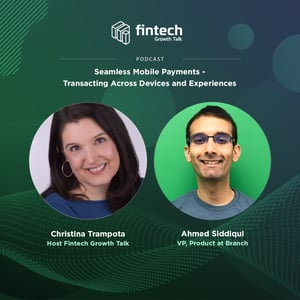 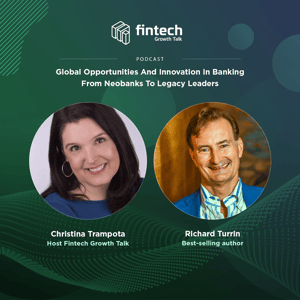 Global Opportunities and Innovation in Banking from Neobanks to Legacy Leaders

Put Your Audience First to Grow Your App and Earn Loyalty

Ashleigh Rankin dishes on which ads work for ...

What Will 5G Mean for LatAm Mobile Markets?

Mobile Usage in LATAM: A Breakdown of Habits By Country

Stay updated with the latest news and conference details and receive 30% off your next conference pass just for signing up.

Stay updated on the latest news and conference details, and receive a 30% off subscriber discount to the next event.